Wednesday began like any other day with some of the youth eating a sensible breakfast of fruit and grains and others eating a sugary breakfast that would guarantee a sugar crash mid-morning.  1000 points if you can guess correctly in the comments below who ate which kind of meal.

After breakfast we headed for the National Mall.  The World War II Memorial became the default dropoff and pickup point for us (which I can say because I'm writing this on Thursday, when we've already revisited the Mall and now left).  I told the youth to make sure the find the Abercrombie store in the Mall.  Hopefully they didn't find a Banana Republic, but this isn't a place for politics. 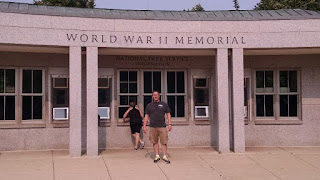 I don't have a lot of good pictures of the youth from their morning, as I went with Tait to eat, scope out the monument for the next day's journey, and then to the Holocost Museum.  I can't find the right words to describe this place, but since this is a blog I'll try. 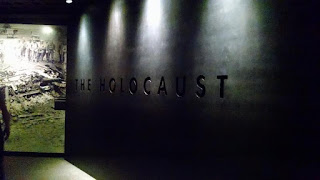 The museum is full of information and artifacts about the Holocaust.  I started down the first corridor.  I realized that in about 35 minutes I had traveled only 50 feet.  Unfortunately that pace was not sustainable since I had to be at the capitol building by 1:30pm.  So I adjusted my pace accordingly, choosing where to stop.

One fascinating thing about the museum is that it is far more than a look at the obviously horrifying parts of the Holocaust: the death camps.  Rather, it tells the story of the struggle of the Jews in Germany from its very roots.  It describes in detail the slow and systematic path of discrimination and dehumanization.  It describes Hitler's genius.  I'm convinced the man was brilliant.  It described, painfully, how the United States as a country failed to intervene on behalf of the Jews, both in refusing to allow increased immigration and later in failing to bomb Auschwitz despite conducting bombing raids just a few miles away.

It did detail the camps.  There is a scale model there of one of the death complexes, including holding area, gas chamber, and crematorium.  Under the gas chamber, this sign: 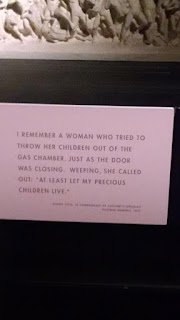 It says, "I remember a woman who tried to throw her children out of the gas chamber just as the door was closing.  Weeping, she called out, 'At least let my precious children live.'"  That was the moment my tears began to fall.  I get misty even typing it. 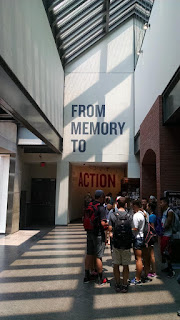 As you enter the museum, you are greeted by the mission of the museum. 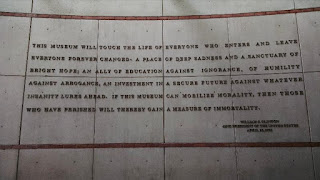 "This museum will touch the life of everyone who enters and leave everyone forever changed--a place of deep sadness and a sanctuary of bright hope, an ally of education against ignorance, of humility against arrogance, an investment in a secure future against whatever insanity lurks ahead.  If this museum can mobilize mortality, then those who have perished will thereby gain a measure of immortality."  (William J Clinton)

I walked quickly to the capitol for our tour.  I won't comment on all the pictures.  They include some of the sites we saw inside as well as our tour guide.  We began at Senator Isakson's office, rode the subway across to the capitol, and then went on our tour. 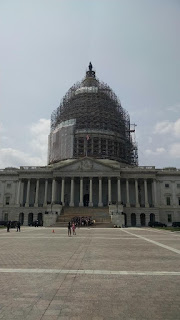 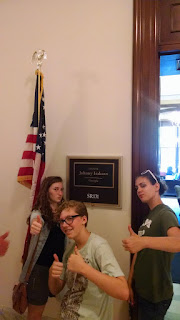 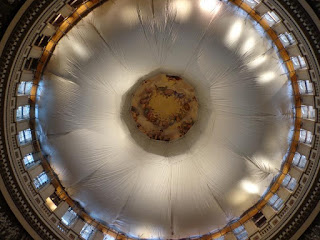 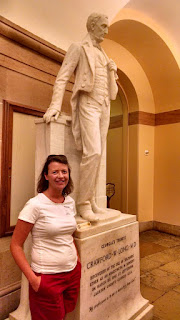 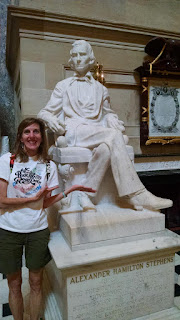 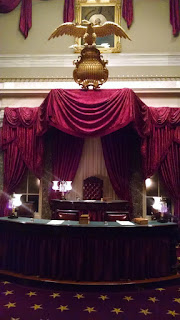 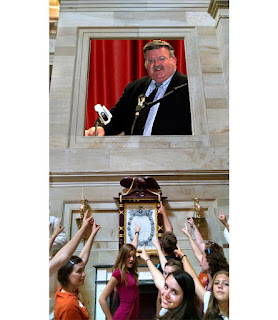 What isn't pictured is our visit to the Senate chambers.  This is because they take all phones and recording devices away before you enter.  They also have a rather curious rule: you must stay awake.  I find myself wondering if that's really fair...if you can't keep it interesting enough to keep everyone awake, maybe you should polish your delivery?  In any event, there was little activity on the floor at the time (we did see John McCain), and after they told me I needed to wake up one of the youth, we hung out for a few more minutes and left.

Some folks opted to pay for a cab ride back to the bus at the other end of the mall.  These brave souls, though, they walked with me.  Way to stick it out to the end guys! 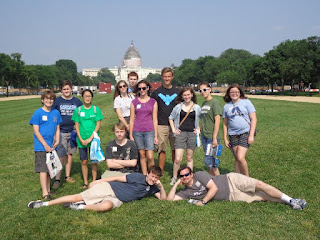 We headed out to our evening concert.  We had to change there.  I think Madeleine found a new place to change.  Make sure you close the door... 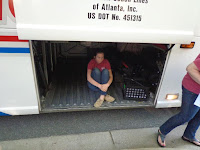 Lovely pics from the concert...it was a nice place and a wonderful crowd.  Also we did this concert from memory.  The youth didn't think they could do it.  I told them to remember I'm the director.  And to Mitchell P, I said, "I told you so." 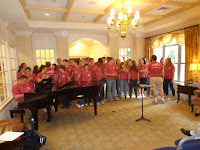 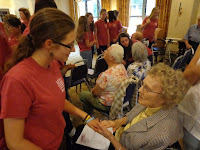 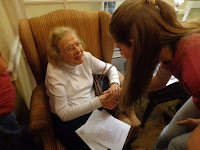 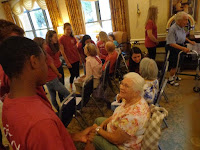 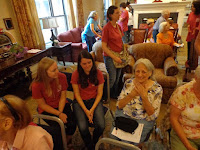 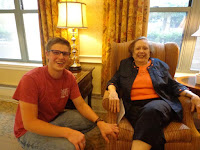 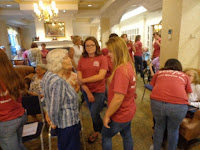 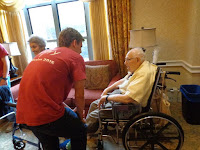 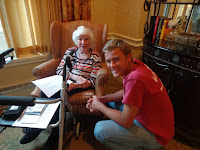 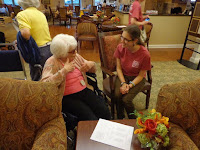 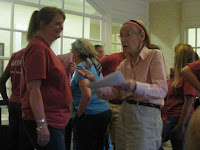 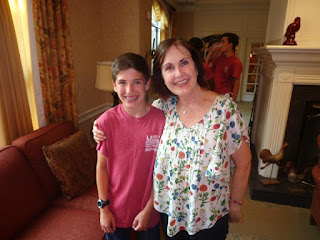 We ate some dinner and then closed our night with devotionals at the Korean Memorial, the Vietnam Memorial, and the Iwo Jima Memorial.  I shared why the memorials are in my estimation the best (and, as I reflect on my experience at the Holocaust Museum, why it is): they humanize those that they memorialize.  They connects us to them.  They make us miss those we never even knew. 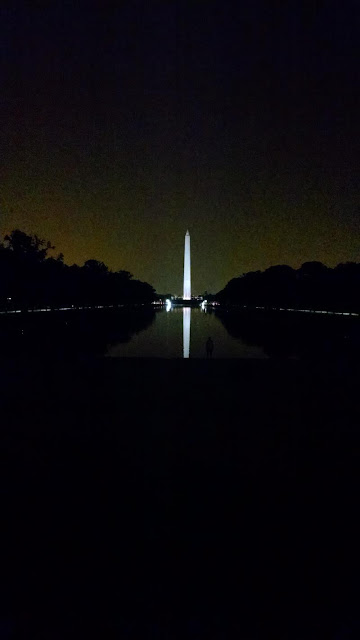 I've never heard silence on a bus like the silence I heard when we drove from the Vietnam Memorial to the Iwo Jima Memorial.  That silence was among the highest compliments I have received in my years of ministry.