You may be aware of my "legendary" posts from the annual Youth Music Missions in June.  What you may not be aware of is that Music in Mission is not limited to the youth!  In years past, our Spirits of Joy choir has headed outside the walls, and for the last several years Michele has taken our Hosanna children's choir on a trip alternating between Nashville and a local mission/festival in Atlanta.  This year it's Nashville.

This is a landmark year for me.  My children are old enough to ring in my bell choir, and as a third grader, the older one is old enough to come on this trip.  It is his first Music Mission.  It is also the first time I have come on the Hosanna Music Mission.  Naturally I wanted to keep a blog of our experience...and share it with you if you're so inclined.

There are a number of differences between this trip and my youth music mission.  My role on this trip is merely chaperone and driver.  I carry the camera, and I drive one of our three vans.  The one I drive is our vintage church van.  I don't have a picture of it just yet, but I'll try to get one in.  Just now I am lamenting it lacks cruise control.

Another difference is that I am getting a much earlier start on the blog.  Lights out is early for the kiddos...meaning an earlier bedtime for me.  I could totally get used to this.

On to our day!

We gathered at the church to leave by 3:30.  I don't have any good pictures of that because it was a little crazy, and we didn't have a lot of time.  Being a driver means I can't get all the pictures.  In any event, we piled in the vans and set out.  On Friday afternoon.  In Atlanta.  Heading for I75.  It may not surprise you that we encountered... 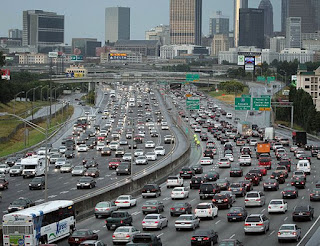 ...a little traffic.  The astute among you may recognize that this not the actual traffic we experienced.  However, I believe each and every one of these cars was in front of us.  Along with 2.4 million of their closest friends.  And there was construction.  Everywhere.  So it took us a little while to get out of Atlanta is what I'm saying.

Chick Fil A is a lot faster than Atlanta traffic.  I was impressed with how quickly they got us through the line. 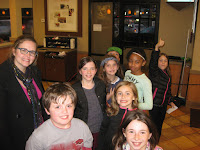 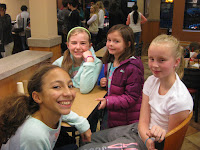 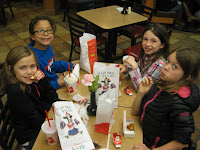 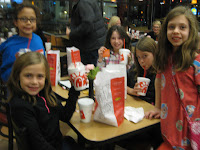 Oh, and "great news."  Turns out if you get a kids meal you can trade your toy for free ice cream.  That is just what a bunch of kids who have been in the car for a couple of hours and are about to be in the car for several more need! 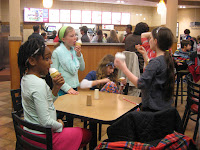 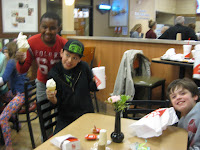 It was an uneventful drive to Nashville after that.  I had 6 kids and Tric in the van with me.  A good group.  When you get a chance, ask Tric to tell you about my taste in music.  It's...varied.  Also I'm old.  "Dream On" by Aerosmith came on, and a bunch of the kids said, "Oh I love this song!"  Turns out it's because it's on The Voice.  None of them know about Aerosmith.  We really are failing our children, people.

We arrived at the hotel and settled in for a wait while Michele got our rooms and keys and such.  I was bored, so I took a picture from the van. 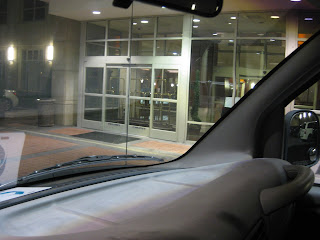 This is a nice hotel.  It's not Hampton Inn, so I don't quite know what to do with myself.  But it has an indoor pool, and apparently that was the most important thing.  This is another one of those differences between this trip and a youth music mission. 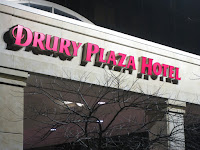 AAAAAAANNNNNDDDD...I don't know how I can possibly sleep in this bed.  There is no sticky note that says it has been freshly cleaned for me. 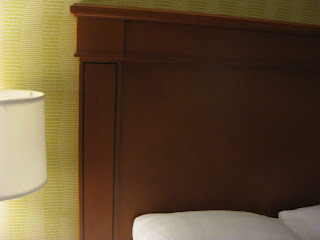 I guess that's about it for my first day and my first post of the Hosanna Music Mission.  And it's not even 10:30pm.  Time to clock out.  I'm looking forward to tomorrow, when the real work begins!