Last week I asked the youth what they were thankful for.  Marshmallows.  Food.  Running water.  Health.  Family.  Mom.  "Mom" was actually the most common response.  One of them said she was thankful for my movie references that she never gets.  I'm suspicious of that one.

Everything they said had one thing in common.  They were all positive.  Pleasant.  Things they like.

So more of this: 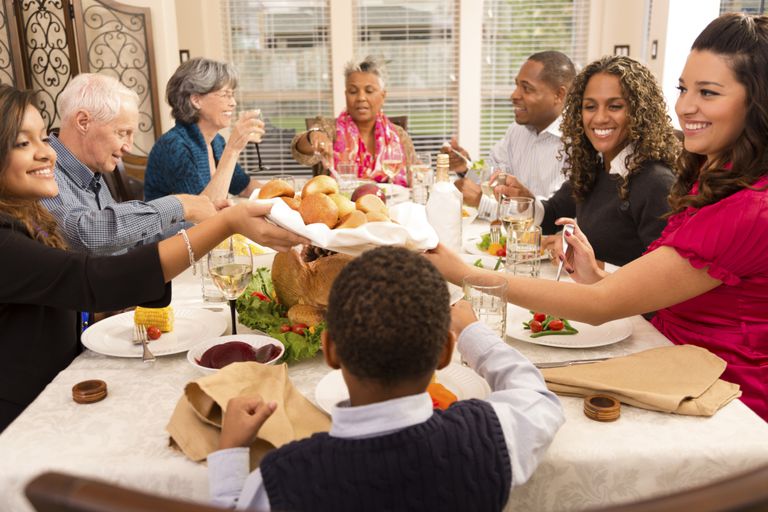 And not so much of this:

Usually if you ask people what they are thankful for, they're going to tell you things they like.  It's things they're glad they have or people they're glad they know or experiences they enjoyed.  That makes sense.  I could make a pretty long list of things I'm thankful for too!  My wife and two fantastic kids.  A job I enjoy.  Health.  Friends.  Shoe laces.  You know, all the normal things.

That's garden-variety thankfulness.  That doesn't mean it's not important, because it is.  Acknowledging the things that brighten our lives brightens them even more!  Focusing on those things that make our life enjoyable and pleasant has a way of making us feel fortunate, even lucky.

There are, however, a number of things in my life I wish had been different.  Things I wish I had done differently.  Things that happened to me that I wish hadn't.  These are the unpleasant.  They are things most of us stuff in the basement of our minds and hope we don't see again.  And yet, they are.  They are a part of what makes me who I am.  I like who I am, and so in some oddish kind of way, I am thankful even for those things I wish hadn't had to happen.  Even for people who have in some way wronged me.  They have, in part, made me.  It's hard to be thankful...but how can I not be?  After all, I have wronged every person in my life, without exception.  And while I hope that the good I have done outweighs those wrongs...maybe it doesn't always.  Can those people still be thankful for me?

Thankfulness can be a great first step in forgiveness.  It means recognizing the good someone has done in your life and choosing to focus on it instead of the bad.  I have some work to do on this.  Maybe more than most people; I'm not sure.  I often wind up thinking about that this time of year.  I'm thankful for food, yes.  And indoor plumbing.  Maybe not so much for marshmallows.  But Thanksgiving is, for me, a challenge to be thankful for everyone in my life, not just the ones I like overmuch.  It's hard; I probably won't get there.  Human nature is a pain in the butt.  Still, I'm trying, and Easter Hope springs eternal (he says, as the church is headed firmly into Advent!).

Not sure how to put that into a table blessing for Thursday, exactly.  And it doesn't go especially well in a Hallmark card.  Shoot.  I'm not even sure what this has with Thanksgiving and turkey and dressing and pumpkin pie.  But I won't worry about that for now.  The first step is getting my mind around it.
Posted by John at 5:07 PM No comments:

Meet me halfway, but let me pee first.

Today I have some 80's glory for you.  You don't have to listen to it if you don't want to.  If you've heard one, you've kinda heard them all anyway...


Once again (as is often the case on this blog), I am jealous of the hair.  I was just too young to pull that off in the 80's.  I think I could still rock those sunglasses if I ever wanted to stop wearing my blue ones.

If you did watch the video, in between shots of Kenny Loggins sitting at a bar or walking down the road with his guitar while being passed by a truck, you saw scenes of an equally 80's movie called "Over the Top."  This was a Sylvester Stallone movie about arm wrestling.  Basically the idea is he's a truck driver training to compete in an arm wrestling competition in Las Vegas who has to take care of his long-lost son because his ex-wife is dying in the hospital.

You need to know that his son is about the whiniest little snot I've ever seen (though he somehow manages to redeem himself by the end of the movie when he illegally drives a truck to the airport so he can go see his dad and ultimately start a trucking company with his dad, throwing away what would certainly be a massive inheritance from his grandfather.  Wait.  He didn't redeem himself.  He's just whiny and stupid too.).

Anyway, during one of this kid's tantrums, his dad (Stallone) is trying to motivate him:


I told you he was whiny.  But I love what Sly tells him here.  He's had everything handed to him his whole life, and for the first time he is being told he needs to man up and stop whining (spoiler alert: he keeps whining later).  The best line in his motivational speech is, "The world meets nobody halfway."  I've been thinking about that phrase a lot over the last few days since I regurgitated it to the youth choir.  Yes, sitting in youth choir basically consists of me throwing out 80's and 90's movie quotes to see which ones stick. For the record, we were not arm wrestling in youth choir (although I have considered it).

"The world meets nobody halfway."  There is deep truth in that.  Much deeper than you'd imagine in a bad 80's movie about arm wrestling.  There is the one sense that Sly is talking about, encouraging his son to step up and claim responsibility for himself.  One way or another, the whiny kid will eventually have to figure out who he is separate from his grandfather's money and influence...and he's stronger than he gives himself credit for.

But there's another sense too, and it's what I was talking to the youth about.  You can coast through life and take everything at face value if you want to.  You can go along to get along.  You can look at life skin deep and see nothing else.  But if you want to experience what life really has to offer, you have to pop the hood.  You have to look harder, and you have to look longer.  It takes time and commitment and sweat.  It doesn't come easy.  And that depth of experience, it won't come to you.  It won't even meet you halfway.  You have to go after it, and you can't give up.

I was talking about music at the time.  We can coast along and sing pretty well, and people after church will tell us it was great.  But we are capable of more than that.  Each piece, each phrase, each note, each vowel, each dynamic...music is exceedingly rich.  Our young youth choir is only scratching the surface right now...but the reason is that they, at least on Sunday, didn't seem to want to dig any deeper than that.

It's true of their lives too.  Even at this age, these kids are capable so much.  Like Thoreau, they are at a point where they can begin to live deliberately...if they choose to.  But they won't do it on their own.  They have to be encouraged.  And they have to be shown how.  Forget about stopping to smell the roses.  They need to stop and think about how the rose came to be and why it is lovely to them or why it isn't and why roses can mean love and...and...and...

Not just them.  Maybe we don't need to be shown how, but I think sometimes we need reminders to stay aware and drink in all that life is serving up.  Some people call that mindfulness.  It's more than thinking things through, and it's not dwelling on things for the sake of dwelling.  It's a kind of curiosity--a kind of wonder.  Not so much about the practical what and how, though the practical is important.  More the why, I think.  (How timely is our current sermon series: Find Your Why?)

Back in High School (in between dodging the hungry Pterodactyls), I had a world history teacher who was talking to us about the evolution of society.  He said, "Now what if we were taking a test, and Hearne really needed to go to the bathroom.  I mean really needed to pee.  But I didn't let him go.  So he sat there the whole test long.  Do you think he'd do well?"  No.  "Right.  Because he has a basic need that is not being met.  But if I let him go, he will come back and be able to focus...so he'll probably do better, right?"  Yes.  "That's how society works.  Subsistance means that you can only focus on your immediate need.  But in society other people help meet your basic needs, and that frees you up to think more about more advanced problems...and that leads to progress."

Wonder has a basic need.  It needs space to blossom.  In my own life I've noticed that when I am spread too thinly, I don't have time to think deeply (because I'm too busy thinking about the list of 158792 things that need to be done...and also that I need to pee).  That almost always happens at this time of year.  Advent being what it is, it's the time of year that we should be making more space to wonder, not less.  But in my years of music ministry, it has never been a time of making more space.