Right out of the gate.  Hampton Inn Cincinnati had not one, but two flavors of waffle batter.  They had the normal flavor...and they had cinnamon roll flavored waffle batter.  I was so excited I didn't even take a picture of it.  I just inhaled ate it.  Glorious.  Then we stepped on the bus.

Our concert was at a place called Twin Towers, and we sang in something like a hotel ballroom.  Not only that, but we got there early and had time to warm up inside!

I saw this from the front and commented about it.  I'm amused that Kelsey got a picture of it.  Katie and Virginia are running their solo...but look behind them at Reina. 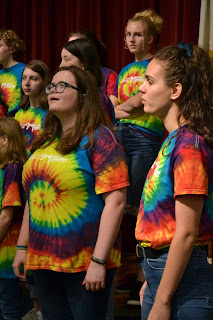 I showed this to Reina and sortof got her permission to put it on the blog.  Her acceptance of the same is contingent on my including the following: "I love their solo!  It's so beautiful and they do such a good job.  I'm not at all mad at them or anything."  Mmmmm.

Our extra time also meant I got to hear Cindy's devotional.  She does one before every concert while Katie, Curt, and I are scoping out the venue.  She's so good at it!

Maybe a little, uh, too much time. 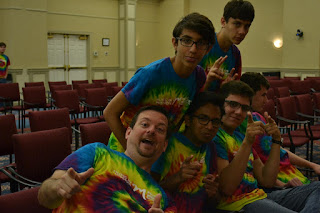 But the concert did eventually start.  It went well, I thought.  Pretty good sized audience at the Twin Towers.  It was a lovely building on the outside, though I neglected to snap a picture.

Fancy conducting, dancing, or conductor has to go to the bathroom?  You be the judge.

Our evening devotionals where we've written down our close moments have really been inspiring.  A little more about that in a moment.  But for now I can tell you the kids genuinely love this time.  In fact, since I'm writing this a little bit late and we've already had our concert today, I can tell you it's absolutely true.  The love singing...and they love connecting. 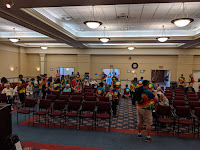 I enjoyed chatting with Russell.  He was there to host us for the morning.  He was impressed with our group. 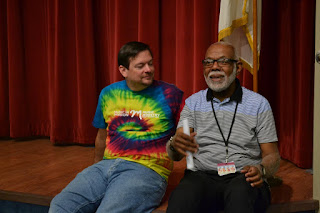 After the concert we changed and went to the Cincinnati Zoo.  It's a really cool zoo!  I have to say I think Zoo Atlanta has the edge on it, but it was still awesome.  The only thing I didn't like was that the Naked Mole Rate exhibit was closed.  The weather was perfect. 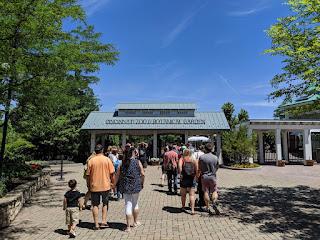 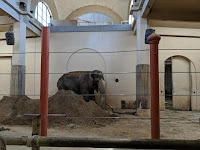 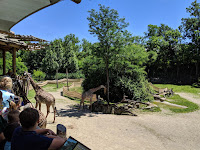 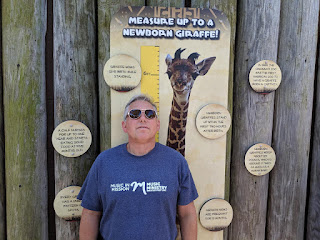 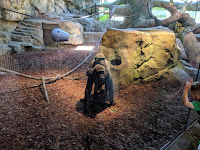 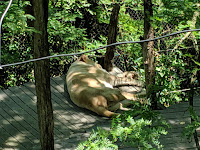 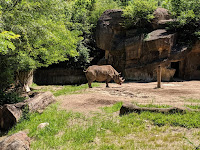 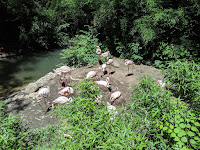 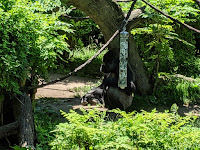 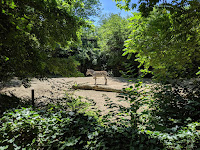 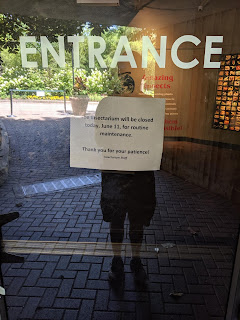 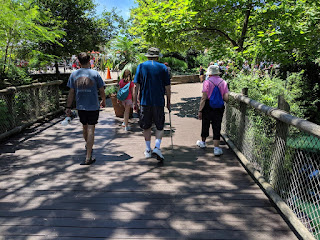 In the zoo gift shop.  They only had it in kid sizes, or I'd have bought one for Tyler Taylor. 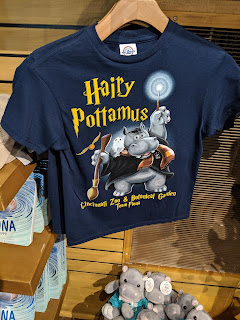 And then we headed for Knoxville.  As you know from the last post, it was Addison's birthday!  So when we stopped for dinner she asked if I'd go to Firehouse subs with her.  She and Brooke got the awesome fireman hats.  Addison's a rookie, and it took a bit of convincing to get her to commit to touring on her birthday, but she told me it was totally worth it.  Probably because of the Firehouse, I'm guessing. 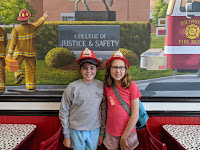 We got to our hotel a little late, but I paused for a moment to note another other option if church music director doesn't work out. 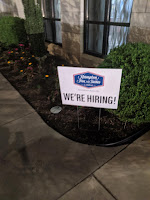 Our evening devotional was...very late.  But the youth were thoughtful.  I'm so impressed with some of the things I read that have touched them throughout the day...and tonight there were a couple that initiated conversation.  We got started on our thankyou notes, but we only wrote one because it was so late.

You need to know these guys are a great bunch.  They're representing you well, and they're representing the love of God.  As Dalton challenged us...they are ambassadors, showing through love what faith and the church can be.  It's a joy to be a part of it.

When I started out, it took 10 minutes to make sure people were in their rooms and tape the doors.  It takes much longer these days, since I have four times the number of doors to tape (and at our current hotel they are on 4 different floors).  But tape them I do.  For peace of mind. 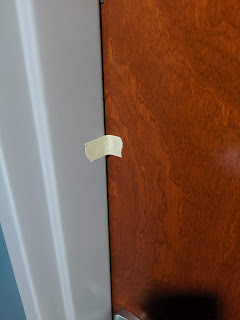 I taped my last door (and need to thank Coco for the double stuff Oreos!!!) and headed back down to my room, typed the blog arrival post, and picked out all these pictures.

It's a full day's work, and it's exhausting.  But at the same time it's exhilarating and energizing.  I don't fully understand how that works.